It’s post WWII 1945 and we are in the swinging 50’s where music has a clean image and a big sound that’s great for dancing and being social. It’s also mature and sophisticated music compared to guitar based rock n roll but has a definite purpose to entertain, get people dancing and create happy emotions. It’s the mainstream sound of the time. This blog will look at the characteristics of swing music, it’s origins and how it influenced many great bands and artists after it but also how the genre itself developed. The 1950’s was a good era, a great time in music for example there was the First Grammy Awards in 1958 and there was the first massed produced electric guitar in 1950. Hey don’t you wish you were there? I do! [1]

Swing music is derived from Jazz, Blues, Brass Bands and Big bands and some of these bands were born from the military marching bands for example new orleans . Taking different elements of these styles and fusing them together, the improvisation spirit of jazz and the structure of Big Band which has a definite rhythm and length of main theme or melody usually played by the horn section in comparison to swing where the main tune would be sung also melodies sung in blues. It developed by becoming very main stream and popular all over the world by having great singers, band leaders and musicians. Becoming less big band like and more pop/simple. Main artists like Bing Crosby, Benny Goodman, Buddy Rich, Matt Munro and Glen Miller set the bench mark for the swing era with their brilliant arrangements, vocal ability and musicianship. The swing band usually consisted of 10 or more members. Instruments used are brass, drums, bass, piano, rhythm guitar and voice. The rhythm and pulse is swung eighth notes derived from the triplet eighth note and the emphasis is on the back beat, 2 and 4. The origins of this pulse are from blues, ragtime, new Orleans and jazz from the late 19th and early 20th century. Aesthetically the music is pleasing to the ear, emotional lyrics and warm sounding.  The bands are always smartly dressed and look professional. Swing music went from improvised polyphony style to the homophony of the big bands. It also represented a cross-fertilization between music readers and non-music reading improvisers creating  unique sound and brought a recognisable form to the music for the general public. Proliferation of new song forms i.e. AABA, and songs capable of greater harmonic sophistication and evolution. 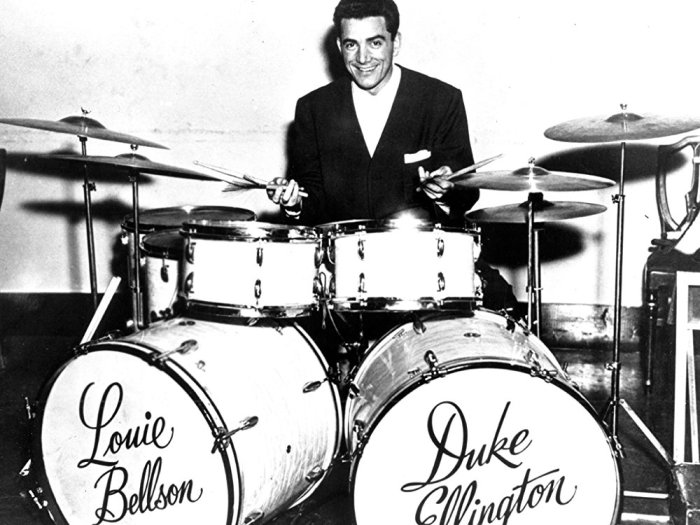 A main characteristic that developed over time in swing music is production and sound. As technology has improved and the equipment used such as microphones the quality of the sound recording has improved. Another characteristic that’s changed is the dynamic of the drumming and overall band. There is definitely more bass drum on the modern recordings and more of an emphasis on beats 1 and 3 making it more predictable and dance sounding for younger audiences. A great example of the progression in production quality is the Robbie Williams album Swing When You’re Winning.[2] The quality compared to the 1950’s is really highlighted in full recording itself. All the instruments are audibly more clear and the drums are properly mixed and balanced in the recording. The vocals are much clearer as well.

Genres of music influenced by swing are varied. The main ones are Soul, Contemporary Jazz, Mo-town, Boogaloo, Funk and Pop. These styles are less complicated than swing music they have a lot more repetition, simple harmonies, singable melodies and more funky with straight up beats to dance to.[3] The beats are infectious with a stronger pulse on the down beat, 1 & 3 apposed the back beat of swing music 2 & 4. Important figures are people like Cannonball Adderley, Freddie Hubbard and Jimmy Smith. Some of the bands and artists you can hear swing music has influenced are Tower of Power, James Brown, The Grey Boy All Stars, Michael and Harry Connick Jr. Harry Connick Jnr was heavily influenced swing music. He has his own voice but sings in the style of Frank Sinatra, he also has a similar appearance as swing artists, smart in a suit and slick hair. Two modern songs clearly influenced by swing music are Candyman by Christina Aguilera and Mambo No. 5 by Lou Bega. Both artists big in the modern pop era. Both songs you can hear a distinct swung pulse with the emphasis on the back beat. Candyman has big band style horn parts but less complicated and a lot more repetitive than swing music, basically less jazzy. Also the drumming is modern and produced to be more predictable with less dynamics and jazzy feel and a louder bass drum.

As it was post world 2, it was a time for dramatic change and expression, rock n roll was invented too for thee younger generation to express themselves and get their own identity. But Swing  created a new fashion and way of living for people and influenced many artists and bands. The genre itself developed but has always kept its style of class and sophistication.

Drummer and educator. Have sticks will travel. View all posts by Stuart Spence | Drummer | Educator